In 1999’s full moon of May; our heroine, beautiful Creole chef Liza Lafitte is portrayed “Dancing down Dumaine, she’s dressed up real fine tonight”, then 12 blocks later is found majestically drawn to our protagonist; “Billy walks Canal, he’s coming down from some Uptown girl. Liza drifts his way, she knows he’ll give the street-life a whirl.” (Years earlier, these two had shared a powerful wordless encounter at Ted’s Frostop, resulting in each sharing sporadic but persistently intensifying dreams of the other.) 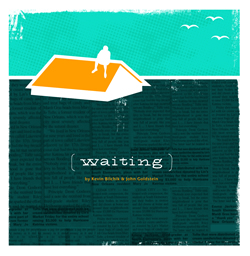 During Katrina, Liza Lafitte (now married to Billy) is “Waiting out the waters in the attic” starving with her Granny and three kids, while Billy is “stuck on that bridge, where no river’s meant to run”, while their Ninth Ward neighbor, the world’s most beloved popstar, Kid Waveland’s playing is heard for miles (“that kid from Waveland was blowing it like Satchmo in my dream”) before disappearing into the flood waters, four nights later. *co-written w/Kevin Bilchik. 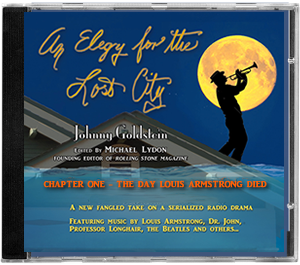 A SAMPLE FROM CHAPTER ONE

On July 6, 1971—a night hotter than a Frenchman’s firecracker—a jazz-loving boy and his father are leaving Preservation Hall after a mysterious event featuring a strange blackout occurs between sets. 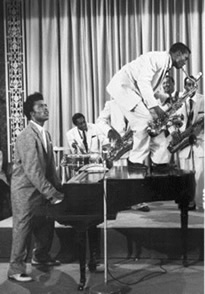 From one of our Five Families, meet Socrates James Boudreaux, born in 1923, a founding father of New Orleans R&B; he’s worked and played with everyone, and is considered the world’s undisputed “King” of Growly Sax. Of the rascally old coot; “If he wasn’t already so astoundingly real, some fictionalist would have to invent him” —Dr. Hunter S. Thompson, Rolling Stone. 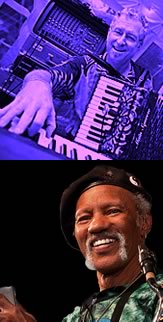 In Billy (Beatleboy) Silverman’s home studio, a spontaneous version of Whatever Lola Wants erupts with Soc Boudreaux pick-ing up on Silverman’s pianistic insistence. Playing the keys, John Colby with Charles Neville on sax.