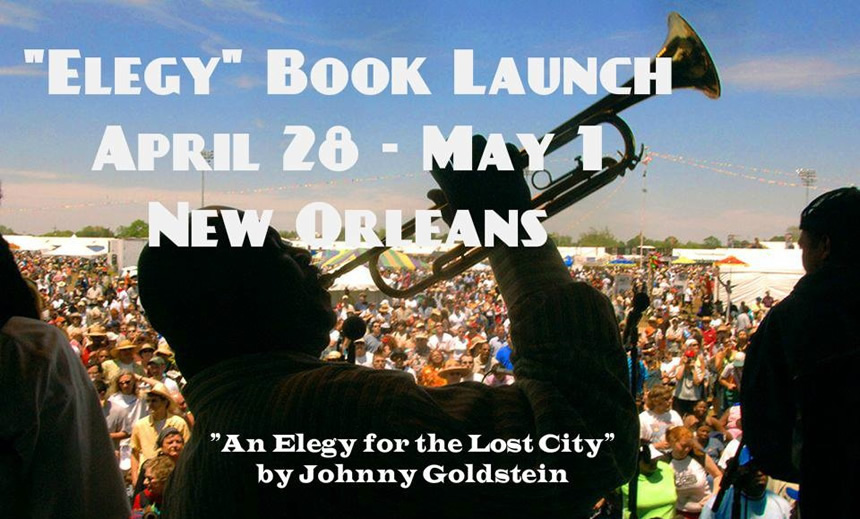 An Elegy for the Lost City (Starters) and the audiobook of the book’s first serialized chapter, The Day Louis Armstrong Died, launched during the second week of the 2016 New Orleans Jazz and Heritage Festival, April 27th through May 1st throughout the Greater New Orleans area. “Elegy” was granted a much sought-after slot in the Book Tent at the Festival, April 30th. Included here are photo galleries for the book signings at Armstrong Park, Faulkner House Bookstore and JazzFest. Elegy’s esteemed editor Michael Lydon, a founding editor of Rolling Stone Magazine, was along for the rollout of the book and audiobook, also signing books at Jazzfest and was interviewed live from the Fairgrounds on WWOZ FM. He performed with the Elegy band at Preservation Hall during the launch party, accompanied by musicians Charles Neville, John Colby, Larry Baeder, Doug Belote, Guy DeVito and Leslie Blackshear Smith—(see the photo gallery) We have here a few videos of Michael’s songs, and a short segment of the band also accompanying author Johnny Goldstein during a debut reading of a segment from “Starters.”